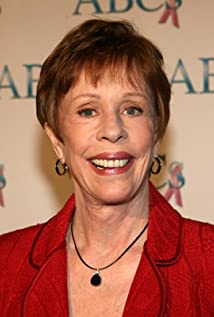 The entertainment world has enjoyed a six-decade love affair with comedienne/singer Carol Burnett. A peerless sketch performer and delightful, self-effacing personality who rightfully succeeded Lucille Ball as the carrot-topped "Queen of Television Comedy," it was Burnett's traumatic childhood that set the stage for her comedy.Carol's rags-to-riches story started out in San Antonio, Texas, on April 26, 1933, where she was born to Ina Louise (Creighton) and Joseph Thomas "Jodie" Burnett, both of whom suffered from acute alcoholism. As a child, she was left in the care of a beloved grandmother, who shuttled the two of them off to Hollywood, California, where they lived in a boarding house and shared a great passion for the Golden Age of movies. The plaintive, loose-limbed, highly sensitive Carol survived her wallflower insecurities by grabbing attention as a cut-up at Hollywood High School. A natural talent, she attended the University of California and switched majors from journalism to theater. Scouting out comedy parts on TV and in the theater, she first had them rolling in the aisles in the mid-1950s performing a lovelorn novelty song called "I Made a Fool of Myself Over John Foster Dulles" (then Secretary of State) in a nightclub act. This led to night-time variety show appearances with Jack Paar and Ed Sullivan and where the career ball really started rolling.Carol's first big TV breaks came at age 22 and 23 as a foil to a ventriloquist's dummy on the already-established The Paul Winchell Show (1950) in 1955, and as Buddy Hackett's gawky girlfriend on the short-lived sitcom Stanley (1956). She also developed an affinity for game shows and appeared as a regular on one of TV earliest, Stump the Stars (1947) in 1958. While TV would bring Carol fans by the millions, it was Broadway that set her on the road to stardom. She began as the woebegone Princess Winnifred in the 1959 Broadway musical "Once Upon a Mattress" which earned her first Tony Award nomination. [She would later appear in three TV adaptations - Once Upon a Mattress (1964), Once Upon a Mattress (1972) and The Wonderful World of Disney: Once Upon a Mattress (2005).] This, in turn, led to the first of an armful of Emmy Awards as a repertoire player on the popular variety series The Garry Moore Show (1958) in 1959. Burnett invented a number of scene-stealing characters during this time, most notably her charwoman character. With the phenomenal household success of the Moore show, she moved up quickly from second banana to headliner and appeared in a 1962 Emmy-winning special Julie and Carol at Carnegie Hall (1962) co-starring close friend Julie Andrews. She earned the Outer Critics Circle Award for the short-lived musical "Fade Out, Fade In" (1964); and made her official film debut opposite Bewitched (1964) star Elizabeth Montgomery and Dean Martin in the lightweight comedy Who's Been Sleeping in My Bed? (1963).Not surprisingly, fellow redhead Lucille Ball, who had been Carol's treasured idol growing up, subsequently became a friend and mentor to the rising funny girl. Hilarious as a guest star on The Lucy Show (1962), Carol appeared as a painfully shy (natch) wallflower type who suddenly blooms in jaw-dropping fashion. Ms. Ball was so convinced of Carol's talent that she offered Carol her own Desilu-produced sitcom, but Burnett had her heart set on fronting a variety show. With her own team of second bananas, including character crony Harvey Korman, handsome foil Lyle Waggoner, and lookalike "kid sister" type Vicki Lawrence, the The Carol Burnett Show (1967) became an instant sensation, and earned 22 Emmy Awards during its 11-year run. It allowed Carol to fire off her wide range of comedy and musical ammunition--whether running amok in broad sketch comedy, parodying movie icons such as Gloria Swanson, Shirley Temple, Vivien Leigh or Joan Crawford, or singing/gushing alongside favorite vocalists Jim Nabors, Steve Lawrence, Peggy Lee, Sammy Davis Jr., Ella Fitzgerald and Mel Tormé. She managed to bring in huge stars not known at all for slapstick comedy, including Rock Hudson and even then-Governor Ronald Reagan while providing a platform for such up-and-coming talent as Bernadette Peters and The Pointer Sisters In between, Carol branched out with supporting turns in the films Pete 'n' Tillie (1972), The Front Page (1974) and Robert Altman's A Wedding (1978).Her program, whose last episode aired in March of 1978, was the last truly successful major network variety show to date. Carol took on new challenges to display her unseen dramatic mettle, and accomplished this amazingly in TV-movie showcases. She earned an Emmy nomination for her gripping portrayal of anti-Vietnam War activist Peg Mullen in Friendly Fire (1979), and convincingly played a woman coming to terms with her alcoholism in Life of the Party: The Story of Beatrice (1982). Neither character bore any traces of the usual Burnett comedy shtick. Though she proved she could contain herself