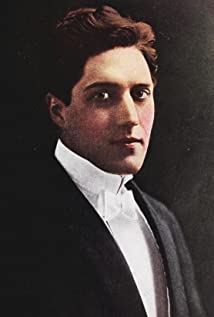 Carlyle Blackwell was a popular American matinee idol and occasional director of the silent cinema. Debonair and darkly handsome, he made his debut with Vitagraph in Uncle Tom's Cabin (1910) and was seldom out of work as a romantic lead, progressing from one- and two-reelers to feature films by 1914. He was Kalem's number one star until 1915, when Jesse L. Lasky poached him for Famous Players. In 1921, Blackwell embarked on a European tour and opted to remain in England for the remainder of the decade, which turned out to be a good career move. He became the first actor to portray Bulldog Drummond (1922) in a British/Dutch co-production, following this box-office success with another, as Lord Robert Dudley in the period drama The Virgin Queen (1923). He retained his popularity until the arrival of sound, which abruptly ended his career. Blackwell had the final distinction of being the last silent actor to play Sherlock Holmes at the head of an international cast in the German production Der Hund von Baskerville (1929).

The Lodger: A Story of the London Fog