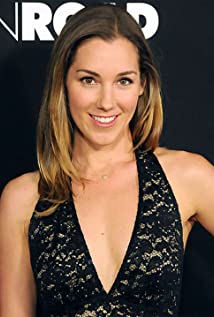 Born and raised in San Diego, California, Carly comes from a large Italian-Irish family that includes two professional baseball players: her father, Rocky Craig, and little brother, Casey Craig. She has one sister and two brothers.Carly is well-known on the internet for her hilarious and disturbingly-edgy songs and improv pieces, most notably "The Daddy Song", and "Judy Garland Orgasm". Though she studied drama for years at The Stella Adler Academy, a conversation with Dan Akroyd would change her life when he suggested she study at Second City, where she later graduated. She met famed manager Bernie Brillstein while waiting tables and decided to put on a comedy show with her classmates. Bernie came to that show and soon after, signed her as a client. Before long, Director David Wain cast her in "Role Models" as the object of Seann William Scott's desire and the rest, as they say, is history. Other projects would include Mike Leigh's critically-lauded live show "Ecstasy", Neil LaBute's "Bash", independent feature film "Star Sucker" with Tom Arnold, Rob Corddry's "Children's Hospital", and The Farrelly Brother's "The Heartbreak Kid."Carly most recently co-starred opposite Owen Wilson and Jason Sudeikis in the Farrelly Brother's film, "Hall Pass". Her comedic talents are highlighted in this role in a film-stealing moment in the bathroom with Jason that exemplifies the Farrelly's slapstick humor. The standout role sealed her a place as a "Vanities Girl" for the April 2011 edition of "Vanity Fair" where she follows many young ingenues like Kristen Bell, Lesly Mann and Mila Kunis. She will next be seen in the Farrelly's next feature, "Three Stooges", playing Mrs. Harter, the wife of Stephen Collins' character. Together the couple sets out to adopt the Stooges. The film began shooting in May 2011.

Live at the Foxes Den