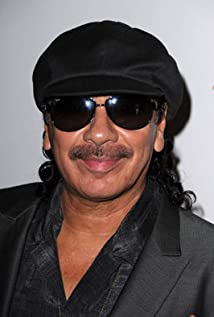 Carlos Santana is a guitarist, composer, singer and band-leader who helped to shape the concept of "world music" by his experiments with blending many styles of music from a multitude of ethnic sources.He was born Carlos Augusto Alves Santana on July 20, 1947, in Autlán de Navarro, Jalisco, Mexico. He is one of six children born to Jose Santana and Josefina Barragan. From the age of 5 young Santana learned the violin from his father, a professional mariachi violinist. He switched to guitar at the age of 8, when the family moved to Tijuana. During the late 50s he was playing gigs at clubs and bars with various bands up and down the Tijuana Strip. In 1961 he moved to San Francisco, California, joining the family, which moved there the previous year. In 1966 he made his debut with the newly formed Santana Blues Band. In 1968 Santana was promoted by Bill Graham to play at the famous Fillmore West in San Francisco. The first album, self-titled 'Santana', was released in 1969.Santana shot to fame after the legendary performance at Woodstock Music and Art Festival in 1969. His surprise appearance was captured in the film 'Woodstock' which vastly increased Santana's popularity. The psychedelic second album titled 'Abraxas' (1970) reached No.1 on the album charts and went on to sell over four million copies worldwide. Three songs from that album: 'Black Magic Woman', 'Oye Como Va', and 'Samba Pa Ti' became huge international hits. Then he collaborated with poet and guru Sri Chinmoy and jazz guitarist John McLaughlin in a spiritual and musically innovative album 'Love, Devotion, Surrender' (1973).After years of touring, Santana participated in the first-ever joint US-Soviet "Rock'n Roll Summit" in 1987. At that time Santana evolved to become a multi-faceted artist and prepared to re-emerge as a conscientious member of society. He contributed to the benefit of San Francisco Earthquake Relief, Doctors Without Borders, Indigenous People Fund, Hispanic Media & Education Group, Amnesty International, LA Museum of Tolerance, and other charitable causes. In 1998, Carlos Santana and his wife Deborah started the Milagro Foundation which contributed 1,8 million dollars to help underprivileged youths. Santana also contributed the profits of his 2003 'Shaman' tour to fight AIDS.'Supernatural' (1999) is considered by many to be Carlos Santana's greatest work. It became the Album of the Year, received eleven Grammy awards, and sold over 25 million copies worldwide. It included such hits as "Smooth" and "Maria Maria" and featured guest artists Rob Thomas, Wyclef Jean, Eric Clapton, and Dave Matthews among others. Santana continued collaboration with various artists in his next albums, 'Shaman (2003) and 'All That I Am' (2005), and also contributed to the 2005 album of Herbie Hancock. He received the Latin Recording Academy's honor as "Person of the Year" in 2004.During the four decades of his career Santana has been a true multi-cultural artist. He contributed to shaping the concept of "world music" by his experiments with blending many styles and genres of music from a multitude of ethnic sources. His instantly identifiable blend of Latin, salsa, blues, rock, and Afro-Cuban styles has been evolving with the inclusion of elements from jazz, fusion, and world beat. Santana's high-pitched and clean guitar sound has been coming out of his custom-made PRS guitars. His unique and instantly recognizable sound is legendary: "With one note people know me..." says Carlos Santana.A street and public square in his native town of Autlan de Navarro is bearing his name. Carlos Santana is a member of the Rock and Roll Hall of Fame. He has sold more than 90 million records, and performed to over 100 million people globally.

B.B. King: The Life of Riley