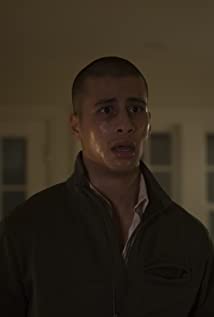 29 year-old, Carlito Emmanuel Olivero hails from the windy city of Chicago, Illinois. Growing up in a household of Mexican and Puerto Rican descent, his parents have always aspired to share with their 3 children the rich history of song and dance engrained deep in their Latino roots. As far back as he can remember music has not only been an undying passion, but an essential part of his existence. The bilingual artist has been performing in English and Spanish since the young age of 5, pursuing his life's intention of changing the world through his love of music. In 2007 responding to a Craigslist ad, Carlito auditioned for a lead vocalist role for the Latin Pop group Menudo. Later that year, an MTV reality television series titled Making Menudo premiered with 15 contestants competing to land a slot in the new band. Besides a return to the original name, this 2007 lineup would be the first to live under the new age cap of 20. Carlito Olivero, along with 4 other latin hopefuls were formed as the new Menudo with an album planned for release in the fall. Signed to Sony Music, the group toured in support of their debut singles "Lost" and "More Than Words". The group disbanded the following year and Carlito relocated to Los Angeles to continue to pursue his singing career and move into the acting arena. Upon his arrival to Los Angeles, Carlito was tapped as a lead in Mario Van Peebles directed teen based film entitled "We The Party" (released 2012) and a year later in 2013 auditioned for the Hit TV show "X Factor" on fox. Ending the competition as a TOP 3 finalist and becoming one of the first latino contestants to ever participate on the show, Carlito has walked away with fans hearts worldwide. With a lead role on HULU original series East Los High Season 3 & 4 along with 2 major films hitting theaters everywhere in 2017, Carlito is continuing to grow on both his acting and songwriting skills while collaborating with numerous industry pros. His first album released July 16, 2015 "Dreams Don't Become Reality While Sleeping" now we wait anxiously for the release of his 2nd album "V2" scheduled to drop mid 2017. Carlito's Urban based Rhythmic Pop flavored with occasional Spanish language have created a unique sound which sets him apart from the male vocalists in the current pop/r&b landscape.