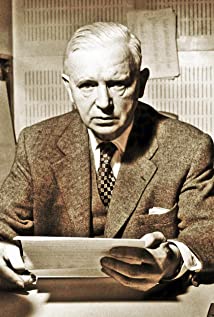 The illegitimate son of a Danish farmer and his Swedish housekeeper, Carl Theodor Dreyer was born in Copenhagen on the 3th of February, 1889. He spent his early years in various foster homes before being adopted by the Dreyers at the age of two. Contrary to popular belief (perhaps nourished by the fact that his films often deal with religious themes) Dreyer did not receive a strict Lutheran upbringing, but was raised in a household that embraced modern ideas: in his spare time the adoptive father was an avid photographer, and the Dreyers voted for The Danish Social Democrates. When he was baptized the reasoning was culturally, not religiously motivated. Dreyer's childhood was an unhappy one. He did not feel his adoptive parents' love (especially the mother), and longed for his biological mother, whom he never knew.After working as a journalist, he entered the film industry, and advanced from reading scripts to directing films himself. In the silent era his output was large, but it quickly diminished with the arrival of the talkie. In his lifetime he was recognized as being a fanatical perfectionist amongst producers, and thus difficult to work with. His career was dogged by problems with the financing of his films, which led to large gaps in his output - and after the critics, too, denounced Vampyr (1932), he returned to journalism in 1932, and became a cinema manager in 1952 - though he still made features up to the mid- 1960s, a few years before his death. His films are typically slow, intense studies of human psychology, usually of people undergoing extreme personal or religious crises. He is now regarded as the greatest director ever to emerge from Denmark.