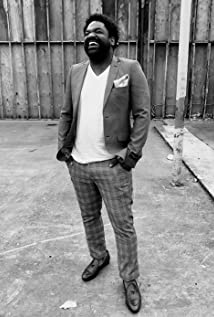 Carl D. McDowell was born on the gang-ridden streets of the south side of Chicago. Although, he had his share of problems with gangs and brushes with the law as a teenager, sports ultimately lead him in the opposite direction. Carl excelled in football, baseball, and wrestling at Harper High School, and it just so happen that football bought him his ticket out of Chicago.Football took Carl away from home and to Illinois Valley College. Like any athlete, he got his perks of easy schedules, and limited classroom visits. His Theater Practicum Professor, (Giacamo Leone) told him that because of his excessive absence, the only way he would pass the class is by taking the role of "Crooks" in the production "Of Mice and Men", Carl wanted no part of the theater, and pleaded with his coach to talk to the professor. Being a freshman "rookie" the coach thought it would be funny to make him do the production and make the whole football team go to the performance.Carl took part in the production and was a hit. He fell in love with theater and decided to do two more productions, "A Christmas Carol" and portraying "The Lion" in the production "The Wiz" all while playing football and helping out with the children in the community, with the organization People of the World end Racism, (P.O.W.E.R). This is an organization that operated under the premise, if you get to children early enough, that you could stop the racism before it started. It was said that hanging around the children and seeing how he could mold minds, it led him to a new career path.In elementary school Carl would get in trouble on the daily basis for being the class clown. His mother (Diane McDowell) would get calls from the teachers as well as letters that the teachers would send home with Carl expressing the need for a parent/teacher conference. Carl would get in big trouble after these Conferences. It is ironic that what he was punished for in those days, he gets paid to do now (stand-up comedy). Carl said the reason he acted out wasn't for attention, or because he was a bad kid. Instead, he thinks that the teachers were boring and that they couldn't keep his attention. He said that was another reason that he wanted to be a teacher. He thought that by knowing what make students act out, that he would be ahead of the curve as a teacher. That sort of thinking took him away from Illinois altogether.Carl went to the elementary education program at Missouri's Lincoln University. But the acting bug just kept rearing its ugly head. As much as he wanted to change the world one little mind at a time, he just couldn't walk away from acting. As an actor he will be able to touch people in a bigger media, in a sense, he could still teach, but on a much bigger stage. So with very little time left to get his degree, Carl decided that Hollywood was the place for him, and his talents. He moved from his cozy little apartment in Missouri, and headed west.Carl came out to Hollywood in 2004 and began to do background work so he could see how things work behind the scenes. Later just to get a better look, he began his stint as a Production Assistant on shows like "Numbers", "The Riches", and "Criminal Minds". At any given point Carl have Produced, Written, Directed, Acted, and Edited films. To this date his fondest moments have been working along side Adam Sandler, "The Longest Yard", being directed by Cameron Crowe, "Elizabeth Town", and getting to be in a movie with Snoop Dog, "Bossn' up".Carl D. McDowell is a smart, funny person that genuinely cares for people, and in this day and age of "Hollywood" that is a breath of fresh air. He is going to continue on his path in Hollywood as he has been in a few movies and he is ripping up stages on the comedy circuit. His mother, family, everyone close to him, and even the city of Chicago is proud of what has become of the little bad boy that used to tear through the neighborhood, and disrupt classrooms.