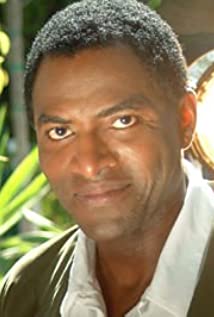 From stage to screen, Carl Lumbly is an actor respected for his steadfast talent, versatility and class. His prolific career includes over 100 credits in television, film and the theatre, along with extensive critical acclaim.For the big screen, Lumbly played a pivotal role in Warner Bros.' supernatural thriller, Stephen King's "Doctor Sleep," the imaginative continuation of "The Shining" storyline. He stars as 'Dick Hallorann,' the role originally played by Scatman Crothers. The gripping film is directed by Mike Flanagan from his own screenplay based upon King's best-selling novel.Lumbly currently appears in "Miles Davis: Birth of the Cool," which received a Grammy Award nomination in the category of "Best Music Film." He voices the iconic jazz musician in this feature-length documentary that premiered at the 2019 Sundance Film Festival and is screening theatrically to wide acclaim. "Miles Davis: Birth of the Cool" will have an exclusive U.S. broadcast in February 2020 on "American Masters" on PBS.Lumbly portrayed CIA agent 'Marcus Dixon,' the gentle, mild-mannered field partner to agent 'Sydney Bristow' (Jennifer Garner) for five seasons on ABC's hit drama series, "Alias," which celebrated its 10th year anniversary in May 2016.He recently had a recurring role as classic DC character M'yrnn J'onzz, the father of J'onn J'onzz the Martian Manhunter on The CW television series "Supergirl." He previously voiced action hero J'onn J'onzz/Martian Manhunter in the Cartoon Network's animated series "Justice League."The busy actor has also recently booked recurring roles on Showtime's "The Chi," CBS' "NCIS: Los Angeles" and CBS' drama series "Zoo," along with guest-starring roles in CBS' "God Friended Me," Netflix's "Altered Carbon," NBC's "This Is Us" and HISTORY's military action drama, "Six."Lumbly's impressive feature credits include a role opposite Robert De Niro and Cuba Gooding Jr. in "Men of Honor," portraying the father of the first black diver in U.S. Navy history. In "Everybody's All-American" with Jessica Lange and Dennis Quaid, he starred as a former football player affected by the segregated South. Other film credits include "How Stella Got Her Groove Back," "South Central," "Pacific Heights," "To Sleep With Anger," "The Bedroom Window," "The Adventures of Buckaroo Banzai," "Caveman" and "Namibia: The Struggle for Liberation." In 2017, he appeared in director Gore Verbinski's supernatural horror feature, "A Cure for Wellness," which was released through New Regency's deal with 20th Century Fox.For the stage, Lumbly starred as 'Gil Scott-Heron' in Magic Theatre's 2017 world premiere of Han Ong's "Grandeur," directed by Loretta Greco. In 2016, he starred as 'Ira Aldridge' in the San Francisco Playhouse's production of "Red Velvet."He received glowing reviews for his 2015 performance of 'Pops Washington' in "Between Riverside and Crazy" at the American Conservatory Theater (ACT) in San Francisco. States the Huffington Post, "Pops is portrayed with torrents of fury and flashes of gentleness by the marvelous Carl Lumbly. He is one of seven characters in Stephen Adly Guirgis's play, which won this year's Pulitzer Prize for drama, but he provides the fuel that energizes all."In 2015, Lumbly starred as 'Alfred' in Kwame Kwei-Armah's "Let There Be Love" at ACT and as 'Leo Price' in the San Francisco Playhouse's premiere of "Tree," by Julie Hebert. In 2014, he starred as 'Chester Kimmich' in John Patrick Shanley's "Storefront Church" at the San Francisco Playhouse and as 'Troy' in August Wilson's "Fences" at the Marin Theatre Company.In 2013, Lumbly starred Off-Broadway at Romulus Linney Courtyard Theatre in the Pershing Square Signature Center in "stop. reset," directed by Regina Taylor. "stop. reset." tells the story of 'Alex Ames' (Lumbly), the owner of Chicago's oldest African-American book publishing company. As e-books begin to outsell printed copies, 'Ames' must question his employees to determine who is still relevant in a rapidly changing world.Also in 2013, Lumbly starred in the San Francisco Playhouse's West Coast Premiere of the raucous comedy, "The Motherf**ker with the Hat," directed by Bill English. He played drug and parole counselor 'Ralph D.,' the role Chris Rock played on Broadway in 2011.He starred in the Lorraine Hansberry Theatre's (LHT) 2012 production of British playwright Joe Penhall's comedy drama "Blue/Orange" in San Francisco. He portrayed an enigmatic psychiatric patient who claimed to be the son of an African dictator - a story that becomes more and more unnervingly plausible as the play progresses.He was featured in the San Francisco Playhouse's 2010 production of Cormac McCarthy's "Sunset Limited." In 2007, he starred in the SF Playhouse's production of "Jesus Hopped the 'A' Train," directed by Bill English. For his remarkable performance, he was honored with a San Francisco Bay Area Theatre Critics Circle Award for Best Performance by an Actor.Lumbly was born in Minnesota, the so