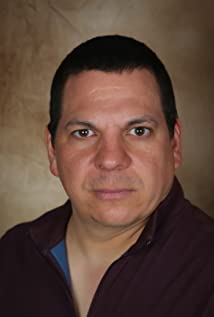 Carl J. Grasso is an actor, playwright, and a member of the Dramatist Guild. Mr. Grasso has been acting and writing for more than twenty years, and recently is co-starring in two Amazon Prime horror films "Theater of Horror and "The Bloody Nun."Carl J grew up in Sound Beach, New York, and had an interest in the theater when he got to college. He joined the theater club at Suffolk College on Long Island, and learned about the theater and acting through the excellent programs offered.He got his Bachelor of Arts at SUNY Stony Brook University, where he studied the mechanics of play-writing. It was at Stony Brook, where he met his mentor Jonathan Levy, a Manhattan Theatre Club playwright. Through Levy's teachings, Carl J learned never to settle for mediocre and that all writing is re-writing. With acting, he self-studied by absorbing Stanislaski, William Gillette, Uta Hagen, and Lee Strasburg.He has written and directed theatrical productions, music videos, and short films. He is working on his fifth full-length stage play and a novella.Carl J. Revitalized his acting career in 2013 after a bout with Pneumonia, which hospitalized and almost killed him.On acting, Mr. Grasso's motivation is making sure the audience doesn't fall asleep half-way through ANY of the productions he is either acting in or directing."On acting, I say keep it fresh, keep it engaging, so you're audience doesn't catch some "z's" and most important keep it real. You want somebody in the audience to identify with you. Whatever character you're playing, if there is some element that an audience member can feel, that's where you want to go. When choosing an acting part in a play or a movie, My most significant caveat is one thing: Don't bore me. Cast me in the right role. If I don't like the part, I don't do it. I don't do mediocre." - Carl J Grasso 2020