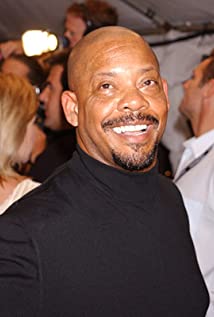 Carl Franklin studied history and dramatic arts at UC Berkeley. After several years as a television actor with guest shots, roles in TV movies, miniseries, and appearing as a regular on a few unsuccessful series, he returned to school and received his master's degree in directing from the American Film Institute. He was then hired by Roger Corman's Concorde Films because they were impressed with his thesis film.Although it took several years, in 1992 Franklin made his directorial breakthrough with the crime drama One False Move (1992), the story of a manhunt for three small-time criminals after a drug deal that had gone bad. The film also earned him the New Generation Award by the Los Angeles Film Critics Association in 1992, the MTV Movie Award for Best New Filmmaker and the IFP Spirit Award for Best Director in 1993.Franklin wrote and directed Denzel Washington in Devil in a Blue Dress (1995). Despite rave reviews from the critics, the film failed to attract an audience. In 1998 Franklin directed the adaptation of Anna Quindlen's autobiographical novel One True Thing (1998) with Meryl Streep, Renée Zellweger, and William Hurt. This film, too, had difficulty at the box office, but earned Streep Oscar and Golden Globe nominations as a mother dying of cancer.He returned to television for a few years directing the series Partners (1995). In 2002 he returned to films with High Crimes (2002).