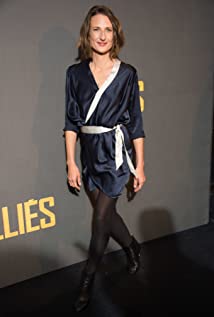 Camille Cottin is a French actress and comedian. Following her debut as a stage actress, she became known in 2013 for playing a capricious Parisian woman in the Canal+ hidden camera-sketches series Connasse (2013-2015), as well as in the theatrical film based on the series The Parisian Bitch, Princess of Hearts (2015), which brought her significant mainstream success in France.

On a Magical Night