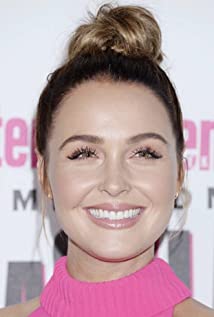 Camilla Luddington was born on 15 December 1983 in Ascot, Berkshire, England. She has traveled to the U.S. as a teenager and has lived in Texas, Pennsylvania, New York, and California. She has spent the last 10 years in the United States, gaining a Mid-Atlantic hybrid accent.She was educated at an all-girls school in Ascot, Berkshire. She later attended the American School in England at Thorpe in Surrey. She also lived in suburban Austin, Texas for a year when she was fourteen, and attended Westwood High School.When she was eighteen, she enrolled in Susquehanna University in Pennsylvania. She moved to New York City, studying at New York Film Academy and later moved to Los Angeles.She has since worked mainly in the USA, and appeared in small roles in several high profile TV shows, before rising to prominence as Catherine Duchess of Cambridge in the Lifetime TV movie, William & Kate (2011). She went on to appear in Californication (2007) and True Blood (2008). Luddington was a guest star during the ninth season of ABC's Grey's Anatomy (2005) as Dr. Jo Wilson. She was upgraded to series regular for the tenth season. In June 2012, Crystal Dynamics confirmed Luddington would voice Lara Croft in the new Tomb Raider (2013) video game reboot. She did both the voice and the motion capture in the course of three years. She is set to appear in The Pact II (2014) in 2014. She is also returning to the role of Lara Croft for the latest Tomb Raider Game, Rise of the Tomb Raider (2015).