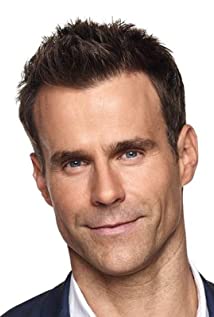 Cameron Mathison joined the cast of All My Children (1970) in January 1998 as Ryan Lavery. After leaving Pine Valley for over a year, this beloved character and actor returned in 2003.Born and raised in Canada, Mathison attended McGill University in Montreal and graduated with a Bachelor of civil engineering degree with a 3.7 GPA. He was also captain of the Red Men Basketball team (tied Terrell Owens in the celebrity slam-dunk competition at the NBA All Starr weekend). A member of the Celebrity Players Tour, which travels to over 16 cities across the USA, fans may catch a glimpse Mr. Mathison on their local golf courses and on the Golf Channel, carrying an average handicap of five.Mathison made his feature film debut in the 1998 Miramax release, 54 (1998), and also appeared in the Canadian independent film, Washed Up (2000). His television credits include The Drew Carey Show (1995), CSI: Crime Scene Investigation (2000), JAG (1995), What I Like About You (2002), F/X: The Series (1996), the television movie, Any Mother's Son (1997), with Bonnie Bedelia and on August 16th can been seen on the ABC Family Channel's See Jane Date (2003). He hosted ABC's live world premiere of Walt Disney's animated feature, Tarzan (1999), Soap Nets 2001 daytime Emmy red carpet special, and E! Wild On! specials. Most recently, he guest-starred on ABC's Hope & Faith (2003).In 1999, the actor received the Soap Opera Digest Award for Outstanding Male Newcomer and a daytime Emmy nomination Outstanding Supporting Actor in 2002.He recently moved back to New York with his wife and their baby boy, Lucas.

A Summer to Remember