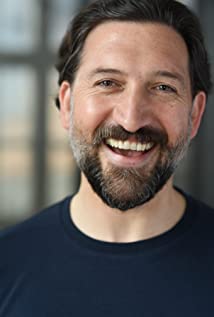 Callum Coates . Recent TV work includes Gentleman Jack 2, Life After Life, Grace: Looking Good Dead, The Crown, The Witcher, EastEnders, Emmerdale and a new historical dram for Netflix, yet to be completed. He also played Joseph Stalin in Red Dwarf XII - Cured and made a cameo appearance in Inside No 9 as Tim in The Bill. Callum's theatre credits include the award winning "A Very Expensive Poison" at The Old Vic, written by Lucy Prebble and directed by John Crowley; "Richard III" and "All's Well That Ends Well" at the Royal Shakespeare Company. "The Doctor's Dilemma" at The National Theatre, "The 39 Steps" in the West End, "Romeo & Juliet" and "King Lear" at Shakespeare's Globe and "A View From The Bridge" at the Liverpool Everyman and Playhouse. He played Lord Haw Haw in "Propaganda Swing" at The Belgrade Theatre, Coventry and Herr Zeller in the UK tour of "The Sound of Music", with Connie Fisher as Maria and Michael Praed as Georg. Callum will be in "The Good Person of Szechwan" at The Sheffield Crucible in March and The Lyric Hammersmith in April/May 2023

Much Ado About Something