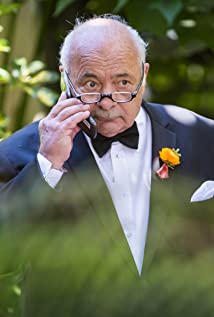 Burly, talented character actor who has remained consistently busy playing "rough at the edge" type characters, often on the wrong side of the law. Young was born on April 30 1940 in New York City, the son of a high school shop teacher. He is of Italian descent. Young received his dramatic arts training under legendary acting coach Lee Strasberg at the Actors Studio.Young first gathered notice playing tough thugs in such films as The Gang That Couldn't Shoot Straight (1971), Across 110th Street (1972), Chinatown (1974) and The Gambler (1974). Fiery director Sam Peckinpah cast Young as the getaway driver / assassin, "Mac", in The Killer Elite (1975), and Young came to the attention of newcomer Sylvester Stallone, who cast him as future brother-in-law 'Paulie' in the 1976 sleeper hit Rocky (1976). The talented Young was nominated for an Oscar, and has gone on to reprise the role in all five "Rocky" sequels to date! Peckinpah re-hired him to play renegade trucker "Pigpen" in the moderately successful Convoy (1978) (watch for "Pigpen's" Mack truck where the writing on the door states "Paulie Hauling"!).Young has also appeared in numerous other major productions, including Once Upon a Time in America (1984), The Pope of Greenwich Village (1984), Last Exit to Brooklyn (1989), Mickey Blue Eyes (1999) and The Adventures of Pluto Nash (2002).