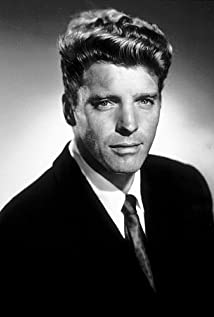 Burt Lancaster, one of five children, was born in Manhattan, to Elizabeth (Roberts) and James Henry Lancaster, a postal worker. All of his grandparents were immigrants from Northern Ireland. He was a tough street kid who took an early interest in gymnastics. He joined the circus as an acrobat and worked there until he was injured. It was in the Army during WW II that he was introduced to the USO and acting. His first film was The Killers (1946), and that made him a star. He was a self-taught actor who learned the business as he went along. He set up his own production company in 1948 with Harold Hecht and James Hill to direct his career. He played many different roles in pictures as varied as The Crimson Pirate (1952), From Here to Eternity (1953), Elmer Gantry (1960) and Atlantic City (1980).His production company, Hecht-Hill-Lancaster, produced such films as Paddy Chayefsky's Marty (1955) (Oscar winner 1955) and The Catered Affair (1956). In the 1980s he appeared as a supporting player in a number of movies, such as Local Hero (1983) and Field of Dreams (1989). However, it will be the sound of his voice, the way that he laughed, and the larger-than-life characters he played that will always be remembered.

A Century of Science Fiction