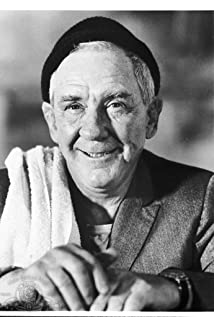 One of the truly great and gifted performers of the century, who often suffered lesser roles, Burgess Meredith was born in 1907 in Cleveland, Ohio. He was educated in Amherst College in Massachusetts, before joining Eva Le Gallienne's Student Repertory stage company in 1929. By 1934 he was a star on Broadway in 'Little 'Ol Boy', a part for which he tied with George M. Cohan as Best Performer of the Year.. He became a favorite of dramatist Maxwell Anderson, premiering on film in the playwright's Winterset (1936). Other Broadway appearances included 'The Barretts of Wimpole Street'. 'The Remarkable Mr Pennypacker', 'Candida', and 'Of Mice and Men. 'Meredith served in the United States Army Air Corps in World War II, reaching the rank of captain. He continued in a variety of dramatic and comedic roles often repeating his stage roles on film until being named an unfriendly witness by the House Un-American Activities Committee in the early 1950s, whereupon studio work disappeared. His career picked up again, especially with television roles, in the 1960s, although younger audiences know him best for either the Rocky (1976) or Grumpy Old Men (1993) films. Meredith also did a large amount of commercial work, serving as the voice for Skippy Peanut Butter and United Air Lines, among others. He was also an ardent environmentalist who believed pollution one of the greatest tragedies of the time, and an opponent of the Vietnam War. Burgess Meredith died at age 89 of Alzheimer's disease and melanoma in his home in Malibu, California on September 9, 1997.

Return to the Batcave: The Misadventures of Adam and Burt