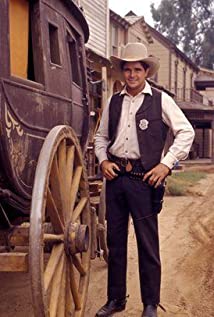 National Cowboy & Western Heritage Museum "Hall of Great Western Performers" Inductee, and Multi-Western Heritage Award Winner, most recently for roles in the critically acclaimed movie Hell or High Water (2016) (Outstanding Theatrical, 2017), The Road to Valhalla (2013) (Outstanding Documentary, 2015) and Truce (2005) (Outstanding Theatrical, 2007), Buck Taylor is an All-Around Western Enthusiast and Cowboy at heart. Born on May 13, 1938 in Hollywood, Los Angeles, California as Walter Clarence Taylor III, he is most notably known for his work on the beloved television western Gunsmoke (1955). He tours the United States promoting awareness for organizations that support our Men and Women in Blue, our brave Military Veterans and those deployed protecting America's Freedoms. Buck Taylor is a Artist who continues to attend annual shows and events, such as the Fort Worth Stock Show & Rodeo, to promote our Western Heritage through his watercolor paintings in between movie roles. He has been married to Goldie Ann Mauldin since 1995.