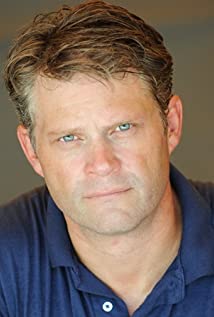 Bryan Massey was born in Pontiac, Michigan but moved to Dallas, Texas when he was just 7 years old. He began his illustrious acting career at the tender age of 9 when he made the local paper by winning the 5th grade talent show lip syncing to Steve Martin's "King Tut." At the age of 13, Bryan showed an interest in cartooning and filmmaking, so his Dad bought him a Super 8mm camera. Recruiting the neighborhood and his family, Bryan would spend his weekend's shooting comedic action shorts with his beloved camera. During high school, Bryan dropped out of football because it conflicted with his theater schedule.In college, Bryan had lead roles in several musicals, participated in community theater, made several short movies with his buddies on campus, and was a nationally ranked member of the cheer-leading squad. After earning an Associate's Degree in Radio/Television, Bryan decided to pursue his acting career and moved to Hollywood, where he got his SAG card playing a Nazi on the X-Files. After spending 4 years in Los Angeles Bryan returned home to Texas, working in local improvisation troupes and continuing to write his own projects. With no local agent he would later go on to get a stint on Prison Break, only after crashing the audition!He quickly went on to sign with a local agent and due to his unique gruff voice, Bryan was able to participate in his love of cartoons by doing voice over work for many anime shows and video games. Bryan has booked several commercials and acted in many short films and independents. Bryan has also been able to go onto more prolific roles including playing Detective Brinkley, a cop in hot pursuit of Diane Keaton and Ted Danson in "Mad Money", as Skeeter, an oil man friend to Josh Brolin's portrayal of George W. Bush in Oliver Stones critically acclaimed "W" and can also be seen in this summer's much anticipated Judd Apatow comedy "Year One" starring Jack Black and Michael Cera, coming to theaters June 19th.

The Master of Ragnarok and Blesser of Einherjar