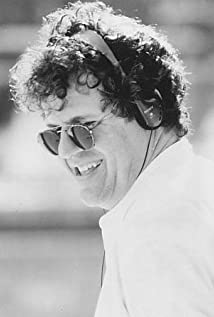 Bryan Gordon is a television and film director, writer, and producer. He has been nominated three times for the Directors Guild of America Award and received the Directors Guild award for comedy directing. He's been nominated for an Emmy twice - both for his work on the HBO series Curb Your Enthusiasm, which he directed numerous episodes over its entire run. He has directed such TV series as Grace and Frankie, The Office, Weeds, Studio 60 on the Sunset Strip, The West Wing, Ally McBeal, Boston Public, Sports Night, Freaks and Geeks and The Wonder Years. He also directed and produced the now legendary series Party Down for the Starz Network. He's directed numerous pilots - among them One Tree Hill - setting the look and design for the show's nine season run.He directed the 30 for 30 documentary short for ESPN, "The Arnold Palmer, that was nominated for a Sports Emmy.He started his career as a comedy writer on Fridays and as an independent filmmaker that included writing and directing the Academy Award winning short Ray's Male Heterosexual Dance Hall and the feature Pie In The Sky.He is married to filmmaker Jessie Nelson and they have a daughter, actress Molly Gordon.

Welcome to the Family