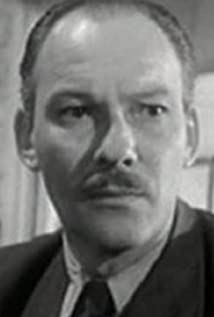 Tall, serious-looking British character actor, formerly a graduate of Edinburgh Academy and Sandhurst. He was a member of the Black Watch, but resigned his commission in 1932 to join the chorus of the Drury Lane Theatre as a specialty dancer. He later turned to films, usually acting in small supporting roles in which he invariably projected an air of confidence and authority. He rejoined the British Army in 1939 for wartime service. His one noteworthy screen success after 1945 was as the titular star of Patrol Car (1954), playing real-life detective Robert Fabian. In 1963, upon the death of his brother, Sir Alexander Hay Seton, he became the eleventh Baronet of Abercorn. Along with other actors, Bruce Seton was one of the founder members of the Lord's Taverners in 1950, Britain's premier youth cricket and disability sports charity association.

Greyfriars Bobby: The True Story of a Dog

The League of Gentlemen

Man of the Moment

Doctor in the House