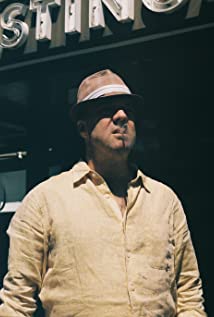 Bruce Blain has been a salesman, a bar manager, a managing editor, an entrepreneur, a carpenter, a teacher, but in 2004, while living in Thailand, he became a film, TV, and voice actor. He quickly established himself, booking scores of Films and TV Commercials, most notably working along side Eric Roberts in "The Mark" and Ewan McGregor in "The Impossible" in December of 2010, leading him to the conclusion, finally, that no other career would do.After a 13 year stay in Southeast Asia, he moved to Vancouver to pursue acting full time. Since arriving there, he has recurred on such TV shows as; Once Upon a Time (9 episodes in Season 7 as The Desk Sergeant), Riverdale (5 episodes and counting as VIC), Supernatural (as Dwight Charles and Coach Phil Evans), along with day player appearances in most of the usual Vancouver shot shows, and such films as Max 2: White House Hero, Leprechaun: Origins, Rampage 2 and 3, and a whole host of Hallmark and Lifetime movies of the week; AND he has been the Campaign Voice for several VO campaigns.Bruce Blain, is a working actor, and he couldn't be happier. (Oh, and he wrote, produced, directed, and starred in the award winning short film "Mad Santa".)

Stolen by My Mother: The Kamiyah Mobley Story