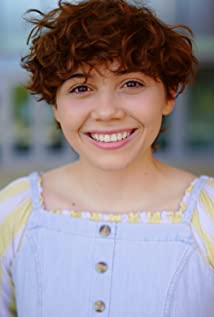 Brooke Star was born in Mission Hills, CA. to Roberto Noriega, an Executive Producer, Composer and Singer, and his wife, Tamaira Danyluk, a Talent Manager, Producer and Mother of 5 children, (four of whom, Christian Riese, Brittni Luv, Chelsea Summer and Brooke Star are working in the entertainment industry).Brooke is an identical twin to Chelsea Summer, both of whom have appeared together on Modern Family (Episode "Under Pressure") and FEUD: Bette and Joan (TV Series), 3 episodes: "Mommie Dearest", "More, or Less", & "And the Winner Is...".Brooke began her career in entertainment on stage in the LPAC musical production of "Disney Musical Spectacular" as a Newsie alongside her twin. The girls had witnessed their older sister, Brittni Luv in a Desert Opera Theater stage production of "The Wizard of Oz", and fell in love with the idea of performing in front of an audience. Over the next 6 years, all three sisters performed in numerous dramas and musicals with their local community theater groups, in ensemble, supporting and lead roles, gaining valuable training & experience with talented Directors and local Actors.However, it was their sister Brittni Luv who first moved on to television & commercial work and the twins soon followed. At that point Brooke and her sisters began to audition both individually, and together for various roles. Brooke and her twin sister Chelsea made their first film debut in a 2 minute silent film "A Better Place" (2013 - directed by Javi Joseph) where the twins were the only two starring in the film, and it won the Caddie Short Film Festival at La Sierra University. Soon to follow was their co-staring roles as Piper (Chelsea) and Zoe (Brooke) on Modern Family's episode "Under Pressure".Like her Father, Roberto, Brooke has also embraced music, composing original songs & lyrics, and winning Best in Show at the 2nd Annual Antelope Valley District Holocaust contest, performing an original instrumental (piano) score and receiving a $1000 financial scholarship award. That same year (2016), Brooke booked the Lead Role of Agnes Evans in her High School Drama "She Kills Monsters" which gained her additional notoriety and several page articles in the local paper.Brooke's goals are to attend a UC College, studying music composition for film and television, and continuing to study & progress in her acting career.