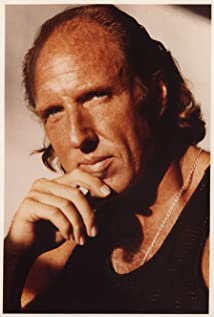 Brion James was born February 20, 1945, in Redlands, California, to Ida Mae (Buckelew) and Jimmy James. The family soon moved to Beaumont, California (between Los Angeles and Palm Springs), where his parents built and operated a movie theater, where stars such as Gene Autry would occasionally stop by. After graduating from Beaumont High School in 1962, Brion attended San Diego State University, majoring in theater arts. Upon graduation he moved to New York to study acting while working a variety of jobs to support himself in the early years. He also did a stint in the National Guard. He and fellow actor Tim Thomerson served in the army together and later made several films together. A veteran of over 100 television and 120+ movie roles, James is best remembered for roles such as the replicant Leon in Blade Runner (1982), Gen. Munro in The Fifth Element (1997), Big Teddy in Cabin Boy (1994), Max Jenke in House III: The Horror Show (1989) (his personal favorite) as well as countless other parts in films like Southern Comfort (1981), The Player (1992), Tango & Cash (1989), 48 Hrs. (1982), Another 48 Hrs. (1990), Enemy Mine (1985) and Silverado (1985). Brion is survived by two brothers, Craig James of Scottsdale, Arizona, Chester James of Beaumont, California and their families.

The King Is Alive

Men in Black: The Series