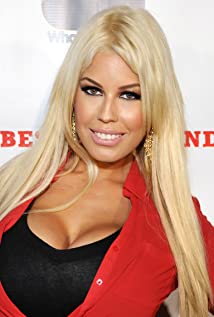 Tall (5'8"), buxom, and shapely blonde bombshell Bridgette B. was born Luz Abreu on October 15, 1983 in Barcelona, Spain. She's of Spanish descent. Bridgette moved to America in 2004. Bridgette attended Kent State University in Ohio, where she was a member of the sorority Chi Omega and earned a Bachelor of Science degree in Fashion Merchandising. Bridgette started out in the adult entertainment industry as a stripper while still in college and briefly worked as a receptionist prior to her involvement in porn. Bridgette first began performing in explicit hardcore movies in 2008; among the notable companies she has appeared in X-rated features for are Vivid, Hustler, Wicked, Naughty America, and Digital Playground. She won the AVN Award for Unsung Starlet of the Year in 2012. Moreover, Bridgette has modeled under the name Spanish Doll.

The Seduction of Heidi

Legend of the Naked Ghost