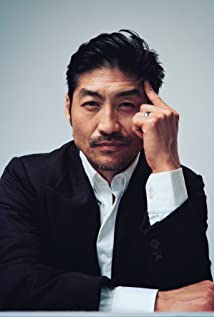 Brian Tee can be seen as a series regular on the hit NBC television drama "Chicago Med," produced by Dick Wolf. Tee plays "Dr. Ethan Choi," the sexy doctor on rotation who found his calling in medicine while serving in the Navy. He is a tireless yet impulsive doctor who suffers from his own trauma while still maintaining his passion to save the sick. Tee is best known around the world for his starring role as the lead villain "DK, the Drift King," in Universal Pictures' "The Fast and the Furious: Tokyo Drift," directed by Justin Lin.On the big screen Tee has shared his talents in many giant blockbuster movies. He was a lead in FOX's summer hit "The Wolverine," starring Hugh Jackman and Directed by James Mangold. He played "Hamada," the head of park security in Universal Pictures' and Amblin Entertainment's box office smash "Jurassic World." And continuing his hit career, Tee starred in Paramount Pictures' and Michael Bay's "Teenage Mutant Ninja Turtles 2," as the iconic villain "Shredder."As a character leading man, Tee romanced audiences as the lead opposite Anne Heche in the Hallmark movie "One Christmas Eve." He starred in the series "Mortal Kombat: Legacy 2," as "Liu Kang," produced by Warner Brothers, took on a lead role in Lifetime's "The Gabby Douglas Story" as the inspirational Coach "Liang Chow," and also gave a standout comedic performance in Justin Lin's comedy, "Finishing the Game," as the insanely hilarious Vietnam Vet, "Mac Chang."A talent in all genres, Tee gave an unforgettable, heart wrenching performance as "Jimmy Nakayama," in the action drama "We Were Soldiers," opposite Mel Gibson. And on the comedy side, Brian has featured in big budget comedies "Austin Powers: Goldmember," alongside Mike Myers and "Fun with Dick and Jane," with comedy great Jim Carrey.On the small screen, Tee was a series regular playing "EMT Eddie Choi," in "Crash," a Starz TV series based on the Academy Award winning film. He recurred on the hit NBC series "Grimm," CBS's "Hawaii 5-O," and ABC's "Grey's Anatomy." Tee has made memorable guest star appearances on shows such as "Chicago Fire, Chicago PD, Lucifer, ZOO, Agents of S.H.I.E.L.D, The Lottery, Legends, Beauty and the Beast, Burn Notice, The Good Guys, CSI, Dark Blue, Bones, Lie To Me, Jericho, Entourage, The Unit, Wanted, Without A Trace, JAG, Family Law, The Pretender, and Buffy the Vampire Slayer," among others.As the consummate artist, Tee continued to stretch his range Internationally. He starred in the Korean American romantic comedy indie feature "Wedding Palace," and was the lead villain in Korea's highly anticipated action film "No Tears for the Dead," opposite, Jang, Dong-Gun and Kim, Min-Hee, Directed by the acclaimed Lee, Jeong-Beom ("The Man from Nowhere.")In love with his craft, Tee never stops honing his talents and embraces all mediums. Brian returned to the stage to rave reviews for his lead performance in "Snow Falling on Cedars" at the prestigious Hartford Stage.A Los Angeles native and mixture of multiple Asian descents, Tee is proficient in both Japanese and Korean, and holds a bachelor's degree in Dramatic Arts - Acting from the University of California, Berkeley.

No Tears for the Dead