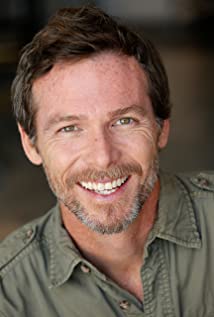 Brian Donovan is the director of the award winning documentary, Kelly's Hollywood (Showtime Networks), about the intimate relationship he had with his spectacular sister who was born with Down syndrome (www.kellyshollywood.com). Brian has toured internationally speaking about inclusion, equality and how imperative it is for everyone to be given the chance to pursue their dreams.Brian has been a professional actor (www.briandonovan.org) for more than 25 years in film, television and radio. He has worked on-screen with such luminaries as Jim Belushi, Jim Carrey and Angelina Jolie. He has been the voice of countless animated heroes, including Rock Lee from the juggernaut hit, Naruto.In addition, Brian has been the executive director of the Los Angeles Repertory Theater since 1994, producing and directing more than a hundred inner-city high school workshops and live shows.Brian lives in Los Angeles with his family and dog, Cosmo.

The Last: Naruto the Movie

Road to Ninja: Naruto the Movie

Naruto Shippûden: The Movie 3: Inheritors of the Will of Fire

Naruto the Movie 3: Guardians of the Crescent Moon Kingdom