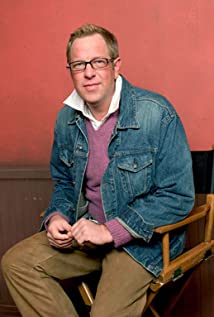 Writer/Director Brian Dannelly was born in Wurtzburg, Germany and spent his early years in Lederhosen skiing and climbing the cheese and sausage strewn hills of Bavaria and putting on elaborate puppet shows with puppets he designed with his grandmother. At the age of 11 his family relocated to a suburb of Baltimore Maryland. After surviving Catholic elementary school, a Jewish summer camp and a Baptist high school he went about getting his Bachelor's degree by attending The Maryland Institute of Art (Fine Arts), The American University (Communications), Morgan State University (International Studies) and; finally, graduated Magna Cum Laude from the University of Maryland Baltimore County (Visual Arts). He went on to become a directing fellow at the American Film Institute (AFI) and graduated from the prestigious directing program in 1999. His short films have played in festivals around the world. While attending the AFI he met his writing partner Michael Urban where together they wrote Saved. The film was produced by Sandy Stern and Michael Stipe of Single Cell Pictures and starred Jena Malone, Mandy Moore, Macaulay Culkin, Eva Amurri Martino, Heather Matarazzo, Martin Donovan, and Mary-Louise Parker. Saved! (2004) premiered at the 2004 Sundance Film Festival and was distributed by MGM/UA. Saved was Dannelly's first feature film. Dannelly and writing partner, Michael Urban are writing several projects together and have completed Runner Up, their second project to be produced Single Cell with Dannelly attached to direct. They are represented by agent Joel Milner at Larchmont Literary and attorney Karl Austen at Armstrong Hirsch Jackoway Tyerman & Werthheimer.

Help Me Help You