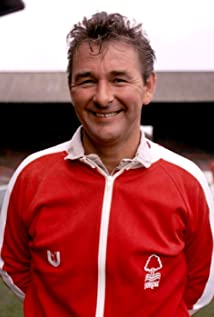 Considered by many to be the best manager the England national team never had, Brian Clough's professional football career began when aged 16 he signed for hometown club, Middlesbrough F.C.. Working his way up through the ranks, he made his full first-team debut in a league match against Barnsley in September 1955. Over the following six seasons he scored 197 goals in 213 league appearances, a fantastic record by modern standards. It was during this period that he earned his two England caps, both in 1959 against Wales and Sweden.In 1961 he moved to Sunderland where he continued his prolific strike-rate, scoring 54 times in 61 games. At the age of 30 though, a clash with the Bury goalkeeper resulted in an injury which forced him to retire.Looking for new challenges, Brian decided to go into management, gaining experience at Hartlepool for two seasons before taking the job at Derby County, where he led them to the league championship in 1972 and the European Cup semi-finals a year later. His tenure ended when he resigned after a dispute with Derby chairman Sam Longson.More success was to follow though. After unsuccessful stints at Brighton and Leeds United, he took the top job at Nottingham Forest where he won them 11 trophies, including the league championship in 1978 and the European Cup twice in 1979 and 1980. His extraordinary success with the club made him the public and the press's first choice to manage the under-performing England national team, but the English Football Association would not employ him under any circumstances. Bobby Robson even offered to resign twice in favour of Clough during the 1980s but his resignation was rejected on both occasions.In May 1993, after 18 years at Forest, Brian retired from football. He suffered from ill-health in his later years years and underwent a liver transplant in early 2003.

I Believe in Miracles