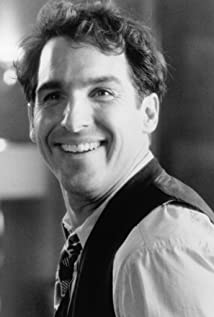 Charming, compactly built, extremely affable American actor Brian Edward Benben was born on June 18, 1956, in Winchester, Virginia, to Gloria Patricia (Coffman) and Peter Michael Benben, Sr., a produce buyer. His paternal grandparents were Polish.Deciding on an acting career while quite young, he started things out at age 17 performing in off-off-Broadway shows in New York. Such late 1970s theater works included "Wild Oats," "The Tooth of Crime," "The Overcoat," "Gossip," "A Moon for the Misbegotten" and the role of Bottom in "A Midsummer Night's Dream".During his early twenties he began to pursue TV work and made an auspicious debut on the very serious side with the infamous The Gangster Chronicles (1981), in which his Michael Lasker character was a barely disguised version of real-life mobster Meyer Lansky. He also played a gay lover in the TV movie drama American Playhouse: Family Business (1983), starring a straight-acting Milton Berle, and then portrayed Tom Hayden, the California senator who was once convicted, along with others, of inciting riots that disrupted the 1968 Democratic National Convention, in the redramatization of Conspiracy: The Trial of the Chicago 8 (1987). Brian also had supporting roles that also accentuated his serious side, in the feature films Clean and Sober (1988), Dark Angel (1990) and Mortal Sins (1989).He got regular series work in the late 1980s playing a chauvinistic hospital resident who felt women had no place being surgeons on the short-lived medical drama Kay O'Brien (1986). But it was the sexually frank sitcom Dream On (1990) that catapulted Brian to stardom as the self-effacing, newly divorced book editor Martin Tupper. The cable show, which took on a whimsical, if much more hormonal, Thurber-like feel, lasted six seasons. During that run he was given a choice starring part in the film Radioland Murders (1994). Had the series been on a first-rank network (it was on Fox briefly in 1995), his star power might have luminesced even more brightly. Nevertheless, this led to his second starring sitcom role, in which he used his real name to play a news co-anchor, on the very aptly titled The Brian Benben Show (1998) for CBS. The show, for which he was co-executive producer, had a much shorter life than "Dream On".Since then, Brian has maintained amenably on TV, particularly in mini-movies. He was found mixing it up with Diane Keaton in the irreverent Sister Mary Explains It All (2001), playing at odds with William Hurt in the drama The Flamingo Rising (2001) and returning to his mob roots in the mini-series Kingpin (2003), this time as a morally tormented surgeon. On stage, Brian took his initial Broadway bow in "Slab Boys" alongside Sean Penn, Kevin Bacon and Val Kilmer.Brian has been married since 1982 to actress Madeleine Stowe, who played his wife Ruth Lasker in the "Gangster" series. The couple have a daughter (May Theodora, born 1996) and own a working cattle ranch in Texas.

Sister Mary Explains It All