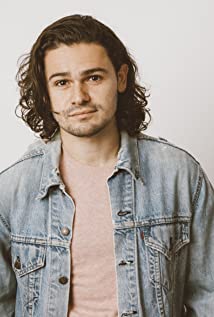 How much can you really learn about a person through this text? I could tell you that Brett DelBuono is a young man who was born in Connecticut and raised in Massachusetts by his mother, Debbie, and his father, Gary. Or that at the age of nine, after many professional theater performances, Brett found an interest in film and television acting and booked his first film role as Marcus in the movie "Freedom Park". I could talk about his two older brothers, Nick and DJ; or tell you about how he used to dress up as different character each day for pre-school; or about how he grew up loving and playing baseball and hockey to be more like his cool older brothers. I could even go on to talk about how he began traveling to New York and Los Angeles before he began high school (with the help of his supportive family) and how he's always loved acting and hasn't stopped since his nine year old interest was piqued.However, it is not Brett's accomplishments that he's interested in sharing with you; it's his body of work. Don't waste your time reading about him when you could be using that time to watch one of the many projects in which he has had the pleasure of performing for you. Whether it's one of his roles on shows like "The Cleaner" - on which he was a series regular - "NCIS," "House," and "Private Practice"; or his work in films like "Balls Of Fury", "Let Me In", and "XOXO". In his performance is where you'll truly get to see Brett.Brett promises to keep working to create memorable characters and films for you to watch, whether they're self-financed shorts, interesting indies, or big budget studio films. "I do everything I can to give the viewer an emotional release. After all, that's the reason we all sit down to watch anything, we want to feel something new and be a part of something special," Brett DelBuono (2016).