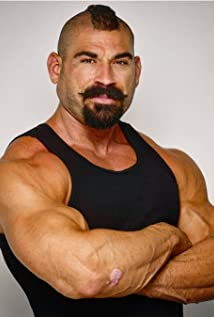 Pursuing the dream to become a great actor, Brett Azar is a multi-faceted talent in the entertainment world. Mr. Azar attended the University of Rhode Island where he took classes in Theatre and Film Studies. In his professional career, he has worked as a model for Silver Model Management. Standing 6'2" and weighing an impressive 265 lbs of athletic muscle, Mr. Azar has competed in the Heavyweight Category of the National Physique Committee (NPC) Championships. Some of his career highlights include having the once-in-a-lifetime opportunity to be a motion capture model for the famous T-800 first portrayed by the one and only Arnold Schwarzenegger in Terminator Genisys (2015). As a lifelong fan of Schwarzenegger, Azar's championship physique was used to replicate the famous cyborg in its human disguise during certain fight scenes. He has also worked in other popular films including Teenage Mutant Ninja Turtles: Out of the Shadows (2016) and Central Intelligence (2016). In addition to his film work, Azar appeared on television series including Jessica Jones (2015), Gotham (2014) and The Blacklist (2013).