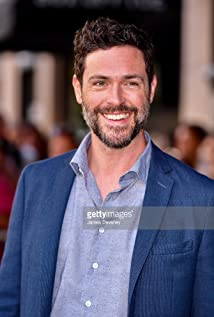 Brendan Hines is an American actor and singer-songwriter. He was born in Baltimore, Maryland to a former nun and a former priest who became Philosophy professors. He began playing the trombone when he was 11 but gave it up for the guitar seven years later. Brendan attended Loyola High School where he performed in the Jazz Ensemble and appeared in several plays including 'Sweeney Todd' and Moliere's 'The Miser'. He moved to New York where he continued to work in the theater until being cast in his first feature, the 2001 independent film 'Ordinary Sinner'. Brendan has since appeared in a number of films and television shows including 'Terminator:The Sarah Connor Chronicles', 'The Middleman', 'Lie To Me' and 'Scandal'. In Spring 2011, Brendan returned to the stage to play Pip and Theo in South Coast Repertory's production of Richard Greenberg's 'Three Days of Rain'. He has written, recorded and released two folk albums; 2007's "Good For You Know Who" and 2012's "Small Mistakes". His song "Miss New York" was featured in the film 'Happythankyoumoreplease'.