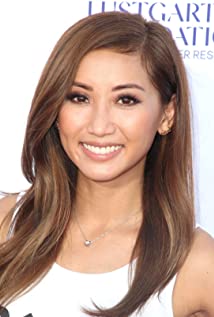 Brenda Song was born in Carmichael, California. Her father is Hmong and her mother is Thai-American. Brenda, her parents, and her younger brothers Timmy and Nathan now live in a suburb of Los Angeles.Brenda was named an All-American Scholar in ninth grade and holds a black belt in Tae Kwon Do.She stars as London Tipton, the hotel owner's spoiled daughter, in the Disney Channel's sitcom The Suite Life of Zack & Cody (2005). Having acted since age six, Brenda is already a familiar face to Disney Channel viewers. Before beginning production on the new series, she had a recurring role as the hip and trendy Tia on Phil of the Future (2004). She also starred in the top-rated Disney Channel Original Movies Stuck in the Suburbs (2004), the mystery Get a Clue (2002) with Lindsay Lohan, and The Ultimate Christmas Present (2000) with Hallee Hirsh and Spencer Breslin.Her other television credits include guest starring roles on That's So Raven (2003), George Lopez (2002), The Bernie Mac Show (2001), 7th Heaven (1996), One on One (2001), The Nightmare Room (2001), Judging Amy (1999), Popular (1999), Once and Again (1999), and as a panelist on Small Talk (1996). Brenda also had a starring role on the series 100 Deeds for Eddie McDowd (1999).On the big screen, she starred in Like Mike (2002) opposite Shad Moss and Jonathan Lipnicki, and appeared in Leave It to Beaver (1997) and Santa with Muscles (1996) starring Hulk Hogan.A self-proclaimed total dork, she loves sampling international cuisine, shopping and studying. She is an avid Los Angeles Lakers fan.