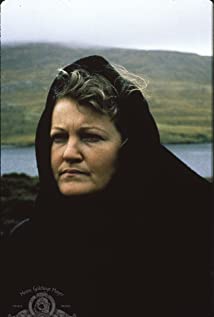 Irish character actress Brenda Fricker was born in Dublin, and gained experience in Irish theatre and with the National Theatre, the Royal Shakespeare Company, and the Court Theatre Company in Great Britain. Brenda received great acclaim for her Oscar-winning supporting performance as the determined mother of a son afflicted with cerebral palsy in "My Left Foot" (1989). Venturing to Hollywood in the 1990s, she played a homeless woman befriended by kid-on-the-loose Macaulay Culkin in the sequel "Home Alone 2: Lost in New York" (1992) and followed up with a more zany mother role in the little-seen "So I Married an Axe Murderer" (1993). Having acted on English TV on the BBC series "Casualty", Fricker began conquering US TV with roles in the "American Playhouse" presentation "Lethal Innocence" (1991) and the miniseries "The Sound and the Silence" (1993). Fricker offered memorable support as Albert Finney's exasperated sister in "A Man of No Importance" (1994) and appeared in support of Robin Wright in Pen Densham's "Moll Flanders" and as Matthew McConaughey's secretary in Joel Schumacher's A Time to Kill (1996) (both 1996).

A Long Way from Home

Call Me: The Rise and Fall of Heidi Fleiss