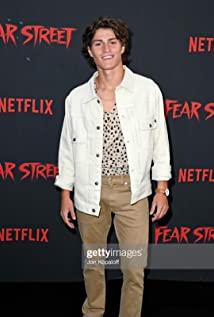 Brandon Spink is quickly making a name for himself with buzz-worthy roles in television and film. At the age of seven, he found his passion of performing while starring in local theater productions.At 10 years old Brandon booked the lead role of Young Johnny Knoxville for the pilot of the same name for ABC.Brandon took 2016 by storm with the feature Miracles from Heaven the role of Billy, co-starring Jennifer Garner and Queen Latifah; the incredible true story based on author, Christy Beam's memoir.Next was the role of young Bruce Wayne in Warner Bros. star studded film Batman v Superman: Dawn of Justice, directed by Zach Snyder.Followed by Open Road Film's Mother's Day, playing Jennifer Aniston and Timothy Olyphant's son, Peter. The romantic comedy is by acclaimed director Garry Marshall.In addition to the big screen in 2016, Brandon recurred as Petey in NBC's one-hour drama Game of Silence.2017 is gearing up to be another busy year for Brandon who guest starred on ABC's Once Upon A Time as Baelfire.Brandon will next be seen in a recurring role on Epix series Berlin Station.During his down time, he plays on his hometown all-star baseball team and recently started learning guitar. He resides in Marietta, GA with his parents and two younger brothers.

Game of Your Life