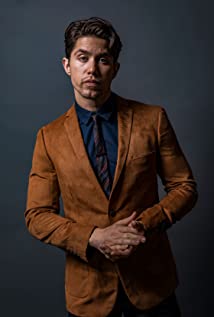 Brandon Larracuente was born in Pleasantville, NY, USA. At the age of 4, he was introduced to theatre when asked to be a part of two operas at the New Rochelle Opera House. He began acting at the age of 8, where he starred in an Off Broadway show called "Desire". Upon relocating to Florida, he starred in "Charlie and the Chocolate Factory" and "It's a Wonderful Life" at the Orlando Repertory Theatre.Brandon made his first television appearance in 2011, in a documentary series called "Got Home Alive." In 2013, he also appeared in an episode of A&E's hit series, The Glades (2013), along with Nickelodeon's popular show, Every Witch Way (2014) and NBC's series, Constantine (2014).He also made recurring appearances as Ben Rayburn in Netflix's Original Series, Bloodline (2015) and Jeff Atkins in Thirteen Reasons Why (2016). Other credits include Max Steel (2016), Rings (2017), Baywatch (2017), and Bright (2017).