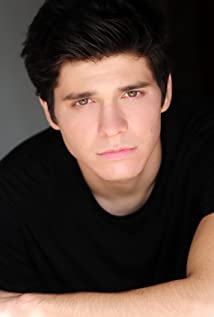 Lemasters was born Braeden Matthew Lemasters in Warren, Ohio on January 27, to Dave and Michelle Lemasters. He and his family then moved to Santa Clarita where they now reside. He has one brother Austin.Lemasters started acting at the age of 9, where he first starred in Six Feet Under as Frankie. He was a series regular on "Men of a Certain Age" where he was Ray Romano's son on TNT. He later was a series regular on the ABC series " Betrayal" He also has guest starred on several series including NCIS, House, Grey's Anatomy, ER, Criminal Minds,The Closer, Law & Order: Special Victims Unit, Saving Grace, Cold Case, Saving Grace and Wedding Band. He can also be seen in the films The Stepfather,Easy A and R.L. Stine's Monsterville: The Cabinet of Souls. Look for Lemasters in 2017 in the upcoming series T@gged Also coming soon is are a Blumhouse Production called "Totem" and "Flock of Four" In 2009, he started a band called the Feaver(later renamed The Narwhals) with Dylan Minnette, which includes Zack Mendenhall on bass and Cole Preston on drums Lemasters is the singer and guitarist. In April of 2017 they officially became Wallows and released their first single "Pleaser"