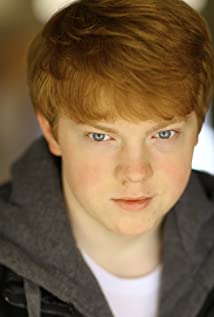 Brady's acting debut began with the filming of 'As I Lay Dying', directed by James Franco, in 2012 at the age of nine. Here, he had the honor of bringing Vardaman Bundren and the famous Faulkner line 'My Mother is a fish', to the silver screen. The film became an official selection of Cannes and was nominated for Un Certain Regard Award in 2013. In 2014 the film won dual Chlotrudis Awards for Best Performance by an Ensemble Cast and Best Adapted Screenplay.A year later in 2013, he was reunited with director James Franco in the film, 'The Sound and The Fury', in which he portrayed the young Quentin Compson. Brady enjoyed depicting the effects of family burdens and bringing to the screen the internal struggles of his character.In 2014, Brady had the opportunity to work with writer/director Gabrielle Robertson of Scotland on the short, 'The Gift', which is the narrative of a boy's eleventh birthday gift; one that changed the world. The short has garnered many awards and continues to span the globe receiving numerous accolades. For his portrayal, Brady was awarded the Young Talent - Best Actor Award at the Global Shorts Film Awards, and Acting Honorable Mention at the Tupelo Film Festival.Brady's role as Ben on WGN's Underground has been one of his most rewarding projects. His love for history drew him to this period role. Once he received the first script, he was captivated. The thrill ride of the warrior in each character is exhilarating. There are unexpected twists and turns that keep you on the edge of your seat and a lump in your throat. He enjoyed Ben's perspective and arch in this historically accurate yet modern tale. Brady feels privileged to have worked with writers, Misha Green and Joe Pokaski, the inspired directors, talented actors, and the professional crew.Brady has also participated in theatre and commercials through the years.Brady Permenter attends public school in Mississippi and is actively involved in academics, arts, and sports. As a member of the Gifted Program, he competes in Future Problem Solvers Program International. He also competes in Science Olympiad; his team won Overall State three consecutive years (2016, 2017, 2018). He has been recognized as grand level Duke Tip Scholar. Along with his academics, he is a member of the varsity archery team.Though academia is of the highest importance in Brady's life, his long term goal is to continue his acting career. He believes keeping his mind sharp and adding new skills will help him continue his dream.

The Sound and the Fury

As I Lay Dying