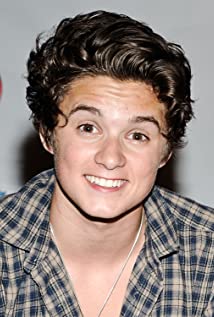 Bradley is the lead singer of British pop band The Vamps. He was discovered on Youtube by James Mcvey who is also part of the band. The band was signed by Mercury records in late 2012. In 2013 the band supported Mcfly on their Memory lane tour.Has an older sister, Natalie Simpson and a dog named Jesse.Can play the piano, guitar and drums.

The Vamps: Rest Your Love