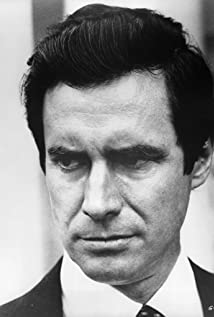 Dark-haired, Ivy League-looking Bradford Dillman, whose white-collar career spanned nearly five decades, possessed charm and confident good looks that were slightly tainted by a bent smile, darting glance and edgy countenance that often provoked suspicion. Sure enough, the camera picked up on it and he played shady, highly suspect characters throughout most of his career.The actor was born in San Francisco on April 14, 1930, to Dean and Josephine Dillman. Yale-educated, he graduated with a B.A. in English Literature. Following this he served with the US Marines in Korea (1951-1953) before focusing on acting as a profession. Studying at the Actors Studio, he spent several seasons apprenticing with the Sharon (CT) Playhouse before making his professional acting debut in "The Scarecrow" in 1953.Dillman took his initial Broadway bow in Eugene O'Neill's play "Long Day's Journey Into Night" in 1956, originating the author's alter ego character Edmund Tyrone and winning a Theatre World Award in the process. This success put him squarely on the map and 20th Century-Fox took immediate advantage by placing the darkly handsome up-and-comer under contract. Cast in the melodrama A Certain Smile (1958), he earned a Golden Globe for "Most Promising Newcomer" playing a Parisian student who loses his girl (Christine Carère) to the worldly Italian roué Rossano Brazzi. He followed this with a strong ensemble appearance in In Love and War (1958), which featured a cast of young rising stars including Hope Lange and Robert Wagner. More acting honors followed after completing the film Compulsion (1959), which told the true story of the infamous 1920s kidnapping/murder case of Nathan Leopold and Richard Loeb. He went on to share a "Best Actor" award at the Cannes Film Festival with fellow co-stars Dean Stockwell, who played the other youthful murderer, and veteran Orson Welles.Though he was a magnetic player poised for stardom, Dillman's subsequent films failed to serve him well and were generally unworthy of his talent. Though properly serious and stoic as the title character in Francis of Assisi (1961), the film itself was stilted and weakly scripted. Circle of Deception (1960) was a misguided tale of espionage and intrigue, but it did introduce him to his second wife, supermodel-cum-actress Suzy Parker. While A Rage to Live (1965) with Suzanne Pleshette was trashy soap material, The Plainsman (1966) was rather a silly, juvenile version of the Gary Cooper western classic. As a result of these missteps--and others--he began to top-line lesser quality projects or play supporting roles in "A" pictures. His nothing role as Robert Redford's college pal-turned Hollywood producer in The Way We Were (1973) and his major roles in the ludicrous The Swarm (1978) and Lords of the Deep (1989) became proof in the pudding. His last good film role was in O'Neill's The Iceman Cometh (1973), although he did play an interesting John Wilkes Booth in the speculative re-enactment drama The Lincoln Conspiracy (1977) and had a fun leading role in the Jaws (1975)-like spoof Piranha (1978).Dillman bore up very well on TV over the years, subsisting on a plethora of mini-movies and guest spots on popular series, playing everything from turncoats to frauds and from adulterers to psychotics. He earned a Daytime Emmy for his appearance in The ABC Afternoon Playbreak: Last Bride of Salem (1974) and starred in two series--Court Martial (1965), as a military lawyer, and King's Crossing (1982), as an alcoholic parent and teacher attempting to straighten out. He also spent a season on the established nighttime soap Falcon Crest (1981) in 1982.A narrator, director and teacher of acting in later years. Bradford launched a late-in-the career sideline as an author. The football fan inside him compelled him to write "Inside the New York Giants" (1995), a book that rated players drafted by the team since 1967. Two years later he published his memoirs, the curiously-titled "Are You Somebody?: An Actor's Life." He retired from the screen after a few guest star shots on "Murder, She Wrote" in the mid-90s.From 1956 to 1962, Dillman was married to Frieda Harding, and had two children, Jeffrey and Pamela. Following their divorce, he met well-known model-turned-actress Suzy Parker during the production of Circle of Deception (1960) and the couple married on April 20, 1963. They had three children, Dinah, Charles, and Christopher. Daughter Pamela Dillman has worked as an actress. Dillman was made a widower when Parker died on May 3, 2003. He lived for many years in Montecito, California, and helped raise money for medical research. He died in Santa Barbara, California on January 16, 2018, aged 87, from complications of pneumonia.

The Heart of Justice

Lords of the Deep

Treasure of the Amazon

The Legend of Walks Far Woman