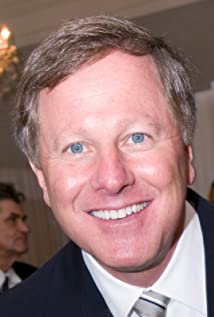 Brad Krevoy has been directly involved in the development, finance, production, acquisition, and distribution of more than 100 motion picture and television projects. He is the founder and Chairman/CEO of the Motion Picture Corporation of America (MPCA), a well-regarded supplier of quality films for theatrical, television, and home video release by major and mini-major studios as well as international distributors.Having been in business for over 20 years, MPCA first made its mark with big commercial comedies and genre films and has since expanded into producing and developing English language remakes of successful foreign language films. Krevoy is also known for jump starting the careers of many young actors and filmmakers who have gone on to become some of the biggest names working in Hollywood today including the Farrelly brothers, Vince Vaughn, Ben Stiller, Sarah Jessica Parker, Will Ferrell, Viggo Mortensen, Ashley Judd, Jude Law, Reese Witherspoon, Paul Rudd, Kirsten Dunst, Courtney Cox, Bill Paxton, Ben Foster, Gretchen Mol, and Jon Turteltaub.To date, his films have an unadjusted gross of more than $800 million in worldwide revenue across all media.Among his many early works, Krevoy produced the blockbuster Farrelly brothers comedy Dumb and Dumber starring Jim Carrey as well as the Farrelly's follow-up, Kingpin, starring Woody Harrelson and Bill Murray. He also produced Beverly Hills Ninja starring Chris Farley and Jungle 2 Jungle with Tim Allen. His moderately-budgeted 1994 production Threesome, starring Stephen Baldwin and Lara Flynn Boyle, remains one of the most profitable independent films to this day.Through 2008 and 2009, Krevoy produced the hard-hitting action film Linewatch, starring Cuba Gooding Jr., and the heart-warming true story Taking Chance starring Kevin Bacon, which premiered at the 2009 Sundance Film Festival and was the most watched HBO original film in over five years - a film that Hollywood Reporter praised for breaking Hollywood's Iraq War losing streak.Krevoy was nominated by the Producers Guild for the 2010 Television Producer of the Year Award for Taking Chance. The film garnered 10 nominations for the 2009 Emmy Awards, including Outstanding Made for TV Movie. It also was nominated for two 2010 Golden Globes, winning one for Best Performance by Kevin Bacon.Most recently, Krevoy has teamed up with Samuel L. Jackson and Kellan Lutz for the indie action flick The Killing Game (2011), also starring Daniel Dae Kim (Lost), Nina Dobrev (The Vampire Diaries), and Katia Winter.Krevoy remains very active in several major charities as well, including the Fisher House Foundation and the California State Summer School for the Arts, of which he sits on the Board of Directors. He is also a frequent guest speaker at various film festivals and seminars around the world. He recently served on a panel dedicated to the business of English language remakes of Japanese films at the 2008 Tokyo International Film Festival.Krevoy maintains a strong connection with his Alma Mater, Stanford University (Class of '78), where he received a BA in Political Science.

A Taste of Summer