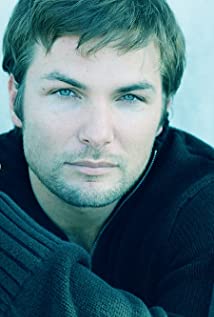 From starring in a #1-rated, syndicated children's television show, to 2 Top Ten country music videos, and a supporting role in the critically acclaimed Richard Linklater film, Boyhood, actor/recording artist Brad Hawkins has covered some ground in his career. A native of Dallas, Texas, he began his acting career in 1994 with the lead role in the children's television series V.R. Troopers (1994). Originally presented as a sister show to the worldwide hit Mighty Morphin Power Rangers (1993), "V.R. Troopers" aired successfully for two years, achieved #1 ratings and currently airs internationally. Upon completion of the series, Brad began the move toward prime-time through guest appearances on Step by Step (1991) and Walker, Texas Ranger (1993). In 1996 he opted to take a hiatus from acting to pursue a lifelong dream in music, signing a recording contract with Curb/Universal Records in Nashville. His high-octane live show blended rock n' roll with country, and earned him opening spots with such artists as Faith Hill, Tim McGraw, Toby Keith, and The Dixie Chicks. After three years Brad had performed over 400 shows and charted two #1 videos on C.M.T. and G.A.C.With these multiple successes as a foundation, he was able to break new ground in 1999, as he brought both worlds together with a starring role in the CBS miniseries, Shake, Rattle and Roll: An American Love Story (1999). "Shake" produced a movie soundtrack on Universal Records that included performances by B.B. King, Blink-182, K.C. & JoJo and many others. This sequence of events netted him an exclusive contract with CBS through the following summer that resulted in guest-starring roles on shows that included JAG (1995) and Touched by an Angel (1994) (the "Touched" episode achieved the highest ratings in its time slot). Upon completion of his contract with CBS, he moved right into production on his first feature film. Brad landed the starring role on Don't Let Go (2002) and also sang on the movie's 15-song soundtrack. "Don't Let Go" received "Best Feature Film" at the 2002 Westchester Film Festival in New York as well as "Outstanding Achievement" at the Stony Brook Film Festival in Long Island.He then continued on to star in Hope Ranch (2002)--an Animal Planet original movie--and _Shredder (2003) (V)_, an independent project, and appeared as a guest star in numerous hit television shows such as CSI: Crime Scene Investigation (2000), NCIS (2003) and Monk (2002). His most recent appearances have included a recurring role on American Dreams (2002) as singer Brian Kessler as well as a very memorable role on the FOX series Fastlane (2002) as ruthless gangster Mick Salgado Jr.His most recent film work in "Boyhood" directed by Richard Linklater and stars Ethan Hawke and Patricia Arquette has collected multiple awards including 3 Golden Globes, 4 Critics Choice, and is nominated for 6 Academy Awards.Brad lives in Los Angeles working on television and film projects, developing television shows and working on his new album.

That Time I Got Reincarnated as a Slime

Tales of Zestiria the X