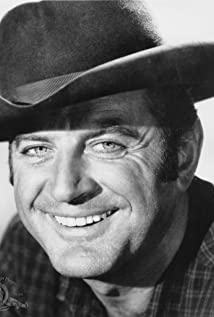 American supporting player specializing in tough guys. Of Serbian extraction, he was born in Nevada in 1917. As a young man, he boxed in amateur bouts and had early training in theatre at the Pasadena Playhouse. He joined the Air Corps during World War II and was assigned to the troupe performing the Moss Hart Broadway tribute to the Corps, Winged Victory, acting under his first chosen stage name, Barry Mitchell. He appeared in the film version of the show, and after the war became active in radio drama as well as theatre. John Huston spotted him in a play and cast him as a bad guy in The Asphalt Jungle (1950), under the new sobriquet of Brad Dexter. Throughout the Fifties, he continued to play hard cases of a usually villainous stripe, in both crime dramas and Westerns. His most famous role came as one of title characters in The Magnificent Seven (1960), albeit his fame was considerably eclipsed by most of the other members of that band: Yul Brynner, Steve McQueen, Horst Buchholz, Charles Bronson, Robert Vaughn, and James Coburn. He continued acting into the 1970s, then made a shift into producing.