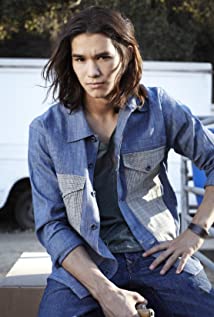 Booboo Stewart was thrust into the spotlight with his winning the coveted role of Seth Clearwater in the The Twilight Saga: Eclipse (2010) and reprising the role in both The Twilight Saga: Breaking Dawn - Part 1 (2011) and The Twilight Saga: Breaking Dawn - Part 2 (2012). At age 10 Booboo began his career as a model, participating in numerous campaigns. He received a record deal at the age of 12 with Walt Disney records-touring with acts such as The Jonas Brothers, Miley Cyrus and The Cheetah Girls. Booboo first worked on camera as a stunt person in films like Beowulf (2007) and then was captured by the acting bug after watching Heath Ledger's performance as the 'Joker' . Booboo strives to play interesting roles and he can soon be seen in White Frog (2012), The Last Survivors (2014), Space Warriors (2013) and An Evergreen Christmas (2014). Booboo is an accomplished martial artist - winning two World Championships and being inducted into the Jr Blackbelt Hall of Fame. He is sponsored by Gibson Guitars and resides in Los Angeles with his family.