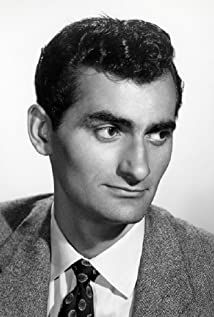 Bonar Colleano was born in New York City. His name was Bonar Sullivan, but he took on his family's stage name when he joined the Colleano family acrobatic circus act at 5, then at 12 moved to England. Bonar's mother, part of the Colleano family act in her role as a comely contortionist met his father in Australia, her home country. One of Bonar's ancestors, a boxer, had emigrated to Australia from Ireland. His descendents developed their famous family circus act. Bonar was named after his Uncle Bonar, who is well-known among circus historians for his expertise walking the wire. Bonar Colleano appeared in many British films, recognized widely as the wisecracking Yank. He had sexy, dark-haired good looks, which British females of the 1950s found irresistible, yet he spoke his lines with a puckish, Bob Hope kind of delivery. In the post-war era, he was a symbol of the many Yank GIs who had courted and married British women during World War II, fathering thousands. He married British Rank starlet, Susan Shaw, and had a son with her, actor Mark Colleano, who appeared opposite Rock Hudson in "Hornet's Nest" as a 14-year-old Italian boy. Bonar died in a road accident, coming back to London from a theatre engagement out of town. The 1958 tragedy made front page news in the English papers. Upon Bonar's death, his wife was never the same again, battling a drink problem till the end of her days in 1978. Bonar's own mother became the legal guardian of Mark and groomed him for an acting career.

The Sea Shall Not Have Them

Is Your Honeymoon Really Necessary

A Tale of Five Women

Give Us This Day

A Matter of Life and Death