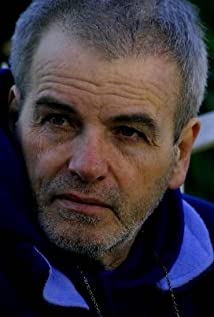 Academy Award winning writer, director and producer Bobby Moresco started out as an actor in New York City, where he was raised in the Hell's Kitchen district of Manhattan, three blocks and a world away from Broadway.After studying acting with the widely respected Wynn Handman and Peggy Fuery, founders of The American Place Theatre and Loft Theatre, respectively, Moresco opened The Actor's Gym in New York and then moved the company to Los Angeles in 1978. Still running today, with locations in LA and NY, the "Gym" specializes in developing new work for stage, film and television. The work created there has gone on to Broadway and garnered many awards including Emmys, Oscars and Golden Globes.Throughout the '90s, Moresco focused much of his time on creating, writing and producing for television. Notable projects included Millenium, which earned him a Genesis Award, and EZ Streets, in 1996, which won the "Viewers for Quality Television Award" for best program of the year, as well as being named one of the best television shows of all time as recently as 2008. In 1998, he co-created and executive produced the critically acclaimed series Falcone, and was nominated for two Emmy Awards. In 2007, Moresco returned to television with The Black Donnelly's, co-creating and executive producing the series for NBC starring Jonathan Tucker and Olivia Wilde.Moresco's latest television work includes The Hundred Code, a series he's created for Kanal 5 in Sweden that began production in April of 2014. Bobby directed the first three episodes of the season. He also recently wrote Whitey, a four hour movie event about the rise and fall of Boston's infamous Whitey Bulger, for Aslyum Entertainment and Spike TV. Whitey is Spike Network's first scripted mini-series. In 2013, Bobby also sold Petrosino, a ten hour mini-series about the true story of New York City's first Italian police officer and his heroic battle to stop the American Mafia in its infancy, to FOX.Moresco's stage work includes writing and directing over 30 plays Off and Off-Off Broadway and fulfilling a childhood dream, he directed Colin Quinn in "An Irish Wake" at the Helen Hayes on Broadway.On the big screen, Moresco co-wrote and produced the breakout film of 2004, CRASH. The drama directed by Paul Haggis and starring an ensemble cast including Don Cheadle, Matt Dillon, Sandra Bullock, Brendan Fraser, Ryan Phillipe, Thandie Newton and Ludacris, was released by Lions Gate Films on May 6, 2004. In 2005, at the 78th Academy Awards®, Moresco and Haggis were awarded an Oscar for co-writing the film. In addition to winning in the Original Screenplay category, CRASH won additional Oscars for Best Picture and Achievement in Editing. Moresco also received the WGA, Bafta and Critic's Choice awards for his work on the screenplay.Moresco's other features include, MILLION DOLLAR BABY (2005 Academy Award Winner for Best Picture), which he co-produced and developed with Paul Haggis; and 10TH & WOLF, his directorial debut starring James Marsden, Giovanni Ribisi. He also wrote Intimidation, which he will be producing with Mark Harris. It is set to be directed by Todd Field for Nikkatsu Studios, slated for the first quarter of 2015.CRASH, the film, served as the inspiration for the television series, also entitled Crash on the Starz Network. Moresco executive produced the first season, in addition to directing two episodes. The series starred Dennis Hopper, Eric Roberts, Ross McCall, and Jocko Sims, among others.Staying true to his independent spirit, Bobby recently wrote, and is attached to direct, "The Harbor" a neo-noir piece set in New Orleans.Bobby lives with his wife, Barbara, in Los Angeles.