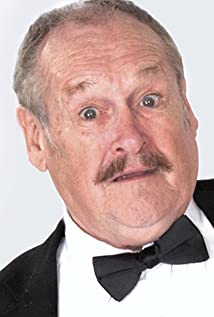 Robert Harper (Bobby Ball) and Thomas Derbyshire (Tommy Cannon) were both born in Oldham. They met in the early 1960s while working as welders in the same factory.Becoming friends, they formed a club act known as Bobby and Stevie Rhythm, which became the Sherrell Brothers then The Harper Brothers. Initially they were a vocal duo, but over time started to introduce more comedy into their act. They turned professional in the late 1960s, and eventually changed their name to Cannon and Ball.Their first TV appearance was on Opportunity Knocks in 1968, where they came last. Other early TV work included appearances on Wheeltappers and Shunters Social Club during the 1970s. However, during this time their work remained predominantly in clubs and theater's.Their last TV series was in 1991, by which time tastes had changed and they were no longer 'fashionable' on TV. Despite this, they continued their theatre summer seasons and pantomimes, where they still drew large audiences. Guest appearances on TV shows have also continued.Although things seemed to be going well in the 1980s, things off-stage looked much bleaker. Over the years they had gradually grown apart, to the extent that they no longer spoke to one another except when work demanded. Bobby was drinking heavily, womanizing, and had gained a reputation for violence. In 1986 Bobby became a Christian, and Tommy followed in 1992.During the 1990s and 2000s Cannon and Ball have continued working, with theatre tours, summer shows, pantomimes and TV appearances keeping them busy. They now also perform regular Christian concerts and 'evening with...' shows where they talk about their life story and their faith.

Last of the Summer Wine