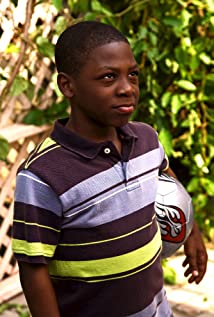 Kicking off an impressive career in front of the camera at the tender age of five, Bobb'e J. Thompson rose to fame as a child actor well before his teens, initially with a small but colorful and energetic supporting role as the pint-sized Tupac in My Baby's Daddy (2003). He subsequently appeared in television and film efforts such as "The Tracy Morgan Show" (2004), Shark Tale (2004), "That's So Raven" (2004), and "Joey" (2005). Thompson contributed to OutKast mainstay Bryan Barber's offbeat, inventive musical drama Idlewild (2006), before teaming up with Vince Vaughn in the holiday comedy Fred Claus (2007). Thompson then starred in the acerbic farce hit comedy Role Models as the hilarious, wisecracking Ronnie Shields, for which he was nominated for Best Breakthrough Performance - Male at the 2009 MTV Movie Awards.2009 is proving to be a break out year for Thompson. He appeared in Land of the Lost with Will Ferrell and the family comedy Imagine That, in which he plays a junior extortionist that hazes Eddie Murphy. Thompson is also a semi-regular on NBC's "30 Rock," stealing scenes and showing perfect comic timing in his role as Tracy Jr., the son of Tracy Morgan's character. Not stopping, Nike recruited Thompson for multiple commercials as the fast-talking Lil Dez, who gives NBA greats Kobe Bryant and LeBron James a run for their money while babysitting.Alongside his film work, Thompson culled favorable attention for his prominent contributions to the youth-oriented urban dance video JammX Kids: Can't Dance Don't Want To, which afforded him the opportunity to show off his flair for urban music and footwork.Up next for Thompson is Snowmen with Ray Liotta and a hosting gig on the Cartoon Network show Bobb'e Says.Additionally, Reveille has entered into a talent holding deal with the 13-year-old. Reveille's first project with Thompson will be a half-hour scripted comedy. Reveille is a leading independent television studio with a major presence in scripted and unscripted television and digital entertainment. Reveille's scripted entertainment programming includes "The Office" (NBC), "Ugly Betty" (ABC), "The Tudors" (Showtime), and many more.

For Better or Worse

Land of the Lost