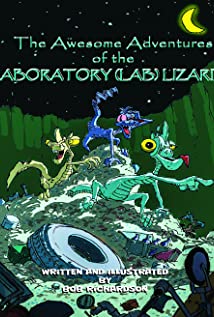 Bob Richardson is a graduate of California Institute of the Arts (Chouinard), with a degree in animation and film production and a vast amount of experience in the entertainment industry.After working on many highly acclaimed theatrical cartoons ("Pink Panther," "Ant and the Aardvark"), TV Specials ("The Grinch Grinches the Cat in the Hat," "My Mom's Having a Baby"), as well as TV series ("Planet of the Apes," "Dungeons & Dragons"), Bob received four consecutive Emmys and other awards Producing and Directing "Jim Henson's Muppet Babies" with his talented creative partner, Hank Saroyan. Shortly thereafter, Bob set-up the Marvel Films Animation Studio, Producing/Directing sixty-five half-hour episodes of Fox's top-rated "Spider-Man" series. He Produced and Directed the CGI TV series: "Max Steel" and in 2004, won his fifth Emmy directing the TV series: "Tutenstein."Bob made use of this varied experience, including working on features ranging from Disney's "Jungle Book" to Bakshi's "Heavy Traffic," to complete two action-packed super-hero movies for Marvel and Lionsgate (2006): Ultimate Avengers I and II, as the Producer and Supervising Director. Ultimate Avengers I was awarded one of The Cinema Audio Society's most prestigious awards: Outstanding Achievement in Sound Mixing (2006). Ultimate Avengers II won the Entertainment Merchants Association's 2007 "best non-children's direct-to-DVD" award. Both Avengers I and II were nominated for Golden Reel Awards. Bob completed his work on the animated FOX sitcom: "King of the Hill."In addition, Bob is fine-tuning his original screenplay, "Metal-Morphosis," a post-apocalyptic, sci-fi, future-world saga with three sequels already in the planning stages and a number of other projects that he's been creating during his career, including a recent PSA to encourage Film Incentives in North Carolina.